Netherlands U18 is preparing for the World Championship (IIA) in April 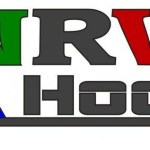 Hosting city is Brasov, Romania. Head Coach is Josh Mizerek and he practices with the team every two weeks in Eindhoven. Josh Mizerek: “I practice every training a different part of the game. Today, we worked on defense. Next training we will practice another part of the game.“ During the preparations for the World Championship, the team has two exhibition games against Belgium.

Crister Dreberg (Head Coach Laco Eaters Limburg) worked for a long time in Romania, but Josh Mizerek pointed out „ I didn’t talk to Crister Dreberg about hockey in Romania“. Crister Dreberg was part of the Coaching staff with Jerry Andersson from the professional hockey team in Brasov.

Also Josh Mizerek said: “Usually we drink a cup of coffee and have a shakehands after the game. I didn’t know, he worked in Brasov and I take it as an valuable advice. I wasn’t in Romania before. I’m excited for a new place to visit.“

„All these players have a chance to be in the final roster“, Josh Mizerek mentioned, “I hope some injured players will recover early enough and we have to see how the season is going on for the players who are not playing in the Netherlands.“

Thanks to Netherlands U18 Head Coach Josh Mizerek. We wish him and the team good luck for the World Cup in Romania.

Written and pictures by NRW Hockey